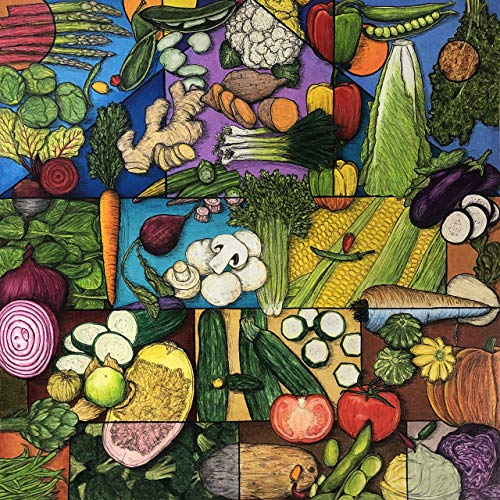 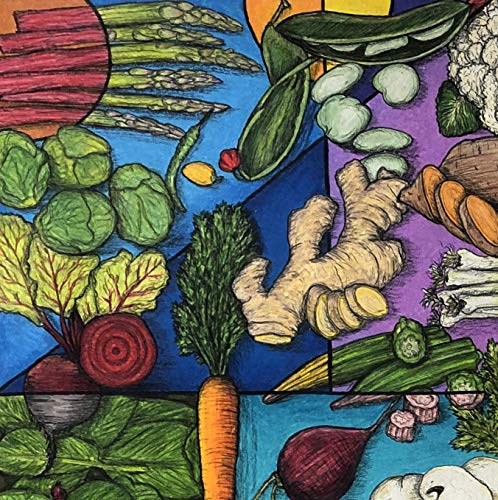 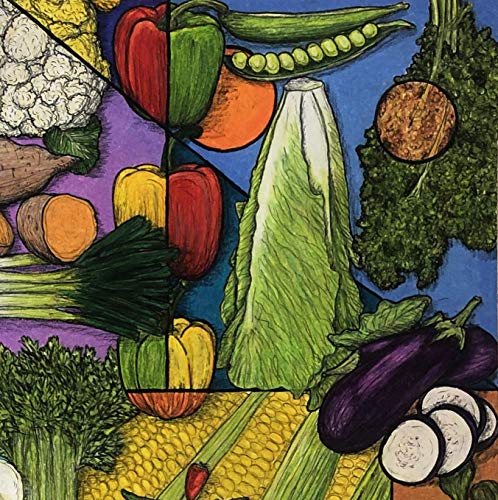 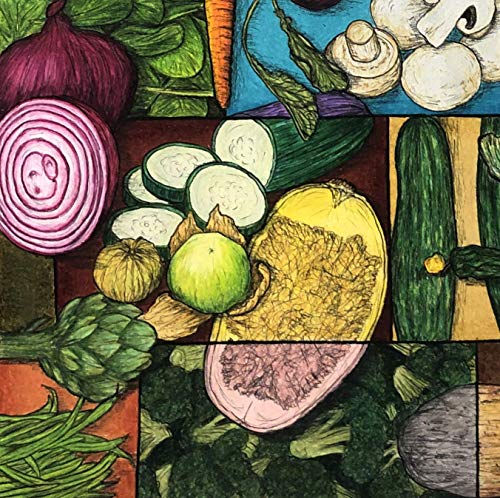 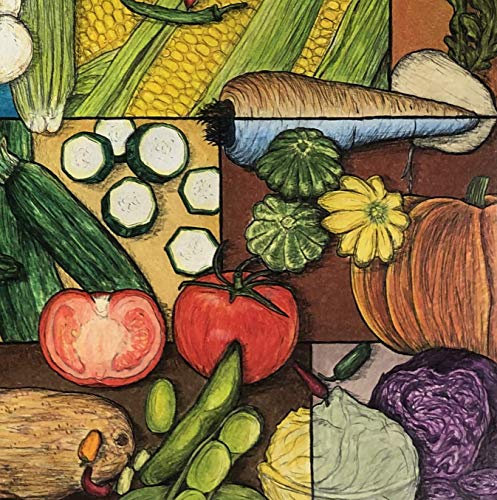 This unframed 18″ X 18″ Colored Pencil drawing on paper is titled “Eat Your Veggies!” If you are a lover of vegetables, then this artwork is for you. Scott Guelcher’s unique style of art has become well known in Southwest Florida. This blend of Pop Art Images and abstract backgrounds has attracted galleries to frequently display his artwork. Throughout his rising career as an artist, he has received local and international recognition for his artwork. He has received awards and grants for his art including the 2008 Angels of the Arts Award for Best “New” Artist, 2010 Soaring Eagles Award from the FGCU Alumni Association, and Arts and Culture Grants from the City of Fort Myers in 2008, 2009, and 2015. Scott is always looking for new opportunities to educate and inspire the community through the arts. He promoted some global subjects during his span as an artist, specifically a solo exhibition titled “Bikinis and Bombs”. This show was about the testing of the hydrogen bomb by the United States government conducted in the Marshall Islands on Bikini Atoll. The show gained local and international recognition. Scott Guelcher graduated from Florida Gulf Coast University in 2005 and over the last decade plus, he has created a multitude of different artworks. He had nine solo exhibitions displaying various works from his “People, Places, & Things” series, had two three man shows, and exhibited in over fifty group shows. He was chosen to create two pieces of Public art for Florida Gulf Coast University in spring of 2015.
Package Dimensions ‏ : ‎ 22 x 22 x 4 inches; 1.5 Pounds
Date First Available ‏ : ‎ September 2, 2020
ASIN ‏ : ‎ B08H8VBY69

There are no reviews yet.

Be the first to review ““Eat Your Veggies!” Drawing (Vegetable Artwork)” Cancel reply