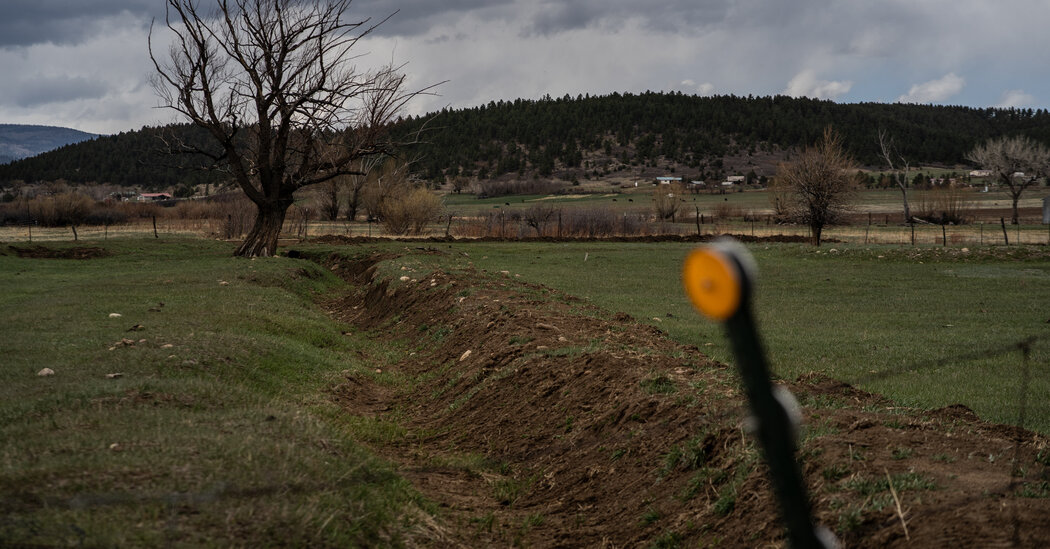 LEDOUX, NM — Ledoux, a remote village nestled in the Sangre de Cristo Mountains, has relied on a network of irrigation ditches to irrigate its crops for more than a century. The outpost’s acequias, as New Mexico’s legendary canals are known, are filled with snowmelt and rains each year. But as the Southwest was locked […]